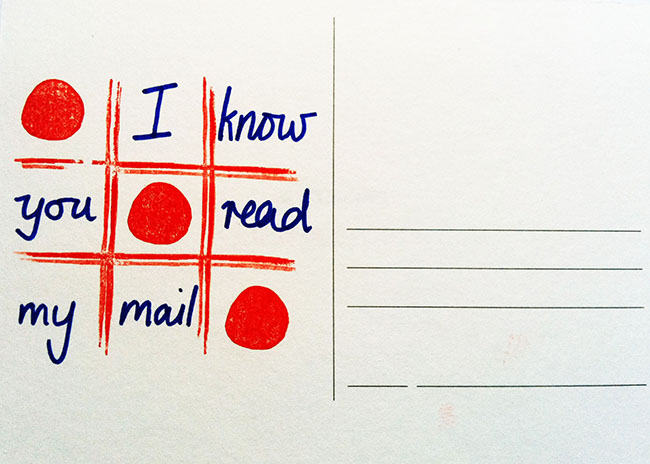 In October 2014, Auckland-based award-winning poet, Ivy Alvarez wrote a gentle call out on that boisterous site, Facebook. How did I come to hear that call amongst the cacophony? I still wonder at that. Ivy called for a weekly postcard exchange in November from five interested parties. She replied that I would be 4, Thursday’s child – with ‘far to go‘. Did Ivy know that I was, in fact, born on a Thursday? That the number 4 continually surfaces in my life, and my work…. The exchange seems to have few particular rules – except that it should be in one month, preferably a weekly exchange and as a postcard, four in total. The cards maybe sent without having received the other’s, suggesting both an internal dialogue and one that will create its own space between the two parties.

What are postcards? I recall a cavernous bookshop in Trieste, packed with paper and vinyl, a different kind of site to mine than the Roman ruin next door. Both are slowly impermanent spaces. I found a long wooden drawer full of old postcards. I was entranced. The postcards in Trieste are magical – not because of their pretty scenes or warm wishes, but rather their otherness. I could just carry a few back to my small room in Venice.

These are the postcards of industry, written mid-twentieth century when manufacturing was literally more manu– . The hand was also present in the mailed exchange of business dealings – postcards written between client and supplier in ink or typed. The palest of blue paper and ink signals an attention, a directed focus without place for colour, rest and pleasure. They placed attention on the nature of Trieste, a city whose name I always felt too close to ‘triste‘, sad. Its struggles and its determination are palpable in the space between its Adriatic coast, the skyline of pencil thin trees and the words on small slips of card.

The diversion of colour, rest and pleasure is the message from another type of postcard, found in general stores around corners near cafes everywhere else and, later, in our shoeboxes at home: the one that wishes you were here, sends you a view of a famous place, holds an intimate note from a distance or plays with the tension of being away.

So, as I think about the space between those two worlds, I think about the exchange between attention and diversion. In our hands colour, rest and pleasure reveal a multiplicity of sides, industriously diverting attention to other realities – if we choose to see that Xchange. For diversion stems from the Latin ‘divertire‘ – to turn in different directions.  We can be diverted, entertained and even blinded by our exchanges. We can also create and divert attention – by releasing the focus, exchanging places, views, space and language and relationships in our lives. That is, we are both active and passive in our Xchange.

This month’s exchange, that internal dialogue and the creation of space between us both is now complete, in its original sense of time and space. But it may also have effected change.  Xchange has provided me with a small diversion, refocussing my attention towards many things in my own life – evidence enough that word and image are a powerful alchemy. Perhaps our industrious exchange will also create new space in between.

My exchange with Ivy consists of four small hand made-cards, each dispatched in an envelope with a hint of their contents also drawn on its sheaf. The four cards below, a small series called Xchange, reflect on exchange across place (AWAY), views (That’s my opinion), emotional space and language (I know you) and relationships (Face.Palm). Face.Palm is a new version, an exchange between materials and the vernacular, of my card ‘wish you were her‘, which won the 2006 Shoalhaven Poetry Postcard Award. 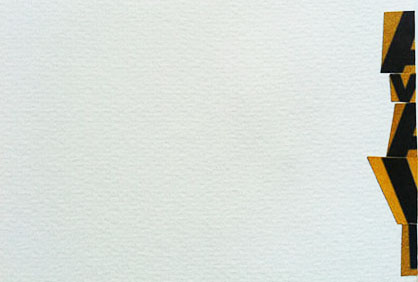 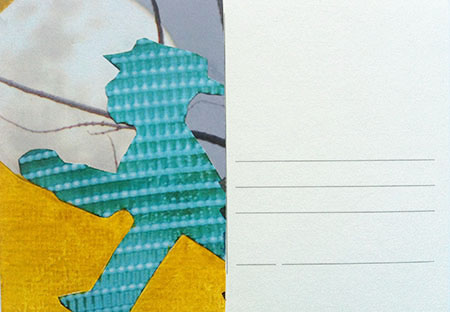 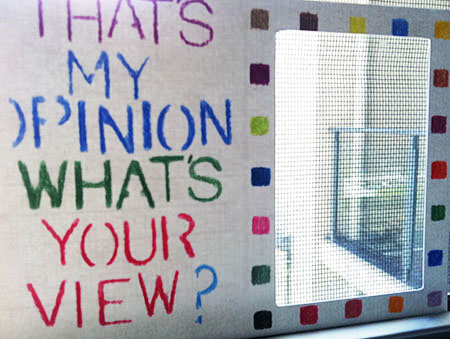 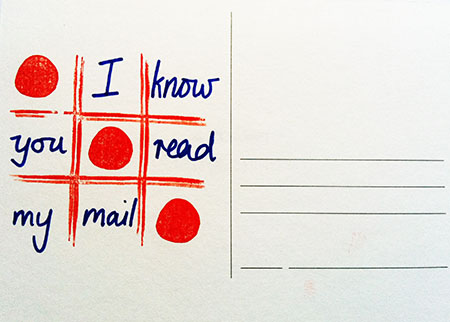 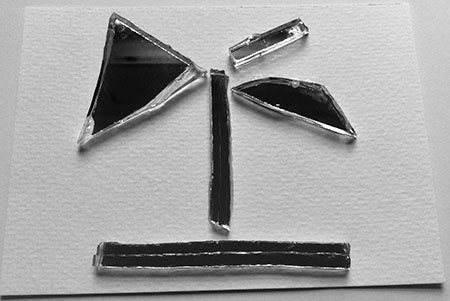 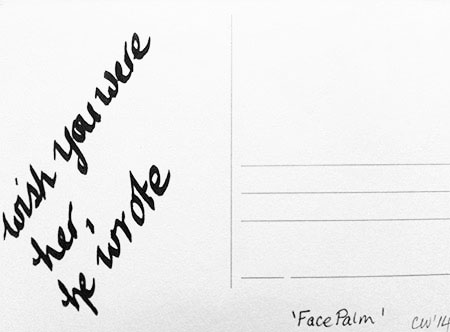