The Future of Emotions: Conversations Without Borders
UWA, Perth, June 14-15 2018

We cannot transform ourselves through the simple act of knowing….but by risking who we are, by testing ourselves – destabilizing.[1] 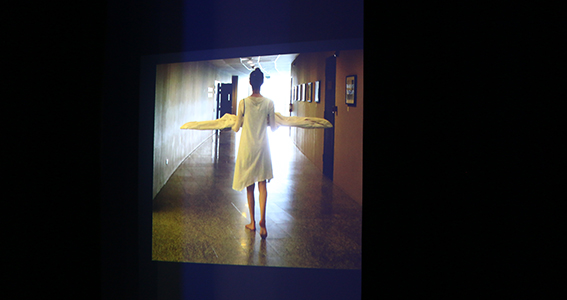 This paper examines my doctoral research, ‘The Breathing Space Projects,’ to reflect on issues, approaches and contributions to inquiry about emotion by performance art research. ‘The Breathing Space Projects’ investigate the potential for performance art to create ‘breathing’ interventions to reground affective connection with self and other. The projects map to Luce Irigaray’s ‘state of grace’,[2] an ephemeral environment of renaissance beyond reproduction of the existing, inviting instead wonder and inquiry. An ‘inquiry’ in breathing technique is designed to remove conscious and unconscious breathing restraints and open new, forgotten or ignored connections. Unlike Positivist[3] repetitive or rote exercises, which target a specific outcome, such an inquiry is not necessarily repeatable and ‘there is not necessarily one correct answer or outcome’.[4] In much the same way, interdisciplinary performance art research is an ‘inquiry’, often, perhaps mostly, eschewing the repeatable for the (in)visible, and working with(out) bodies of knowledge to potentially sense them – or their interstitial spaces – in other ways. Such an ‘orientation toward experimentation in contact with the real’,[5] shifts the understanding of location from a static to a dynamic in(de)finite state between being and becoming. This could be considered ‘stable instability’, a necessary yet risky condition for transformation much as Foucault notes above.

Working with ‘stable instability’ in performance art research continues to raise states of concern and interest from within both the sciences and the fine arts about research reliability and validity.[6] While upholding Andersson’s sympathetic view of a reciprocal ignorance across fields leading to an ongoing postmodern, constructivist stereotyping of scientists as too analytical and artists as irrational,[7] the urgent fact remains that each discipline’s non-hierarchical autonomy and the potential for more interdisciplinary engagement is central to a renai(r)ssance for knowledge, and for ‘unknowledge’. Scholarly research in the visual arts, in particular doctoral research, is an evolving genre, as Ravelli et al confirm,[8] actively reflecting on discipline specific relations between creative practice and research. This can be interpreted as a call to contribute to that reflection, noting that as an interdisciplinary artist, poet, translator, scholar and once-social scientist, I am compelled to admit to a mix of biases, suggesting that the artist/researcher’s line between objectivity and subjectivity may be more ‘line of flight’ than hard line. In the interests of transparency, my methods are influenced by professional biases aligning with Merlot-Ponty’s conviction of ‘temporal flux’[9] and deeply engaging with concepts and experiences of the unknown space and connection of Irigaray, Bachelard, Deleuze & Guattari, Modern Yoga, Buddhism and artists as seemingly diverse as Hossein Valamanesh, Louise Bourgeois and Georges Perec. Added to these are a professional interest in uncovering and contributing to commonalities of scholarly process which would enhance the becoming artist/researcher – all the while admiring Louise Bourgeois’ assiduous denouncement of an artist having to explain their work. There is an insistent complexity in our lives which, as Irigaray, Merlot-Ponty, Deleuze and Ely confirm,[10] benefits from embracing subjectivity, rather than stifling it with reductive analysis. Critically, the question is not whether reliable and valid knowledge is created in visual arts research, but how it is achieved and (mis)understood.

Knowledge, its acquisition or release, can be interpreted as a powerful form of change. Applying Irigaray’s call for transformation, performance art continues to inquire – to ‘breathe’ – differently, engaging in and developing ‘stable instability’ to investigate living and what I term the ‘in(de)finite’, in particular through interdisciplinary practices. Reflecting on my contribution to such inquiry, it is not only the interdisciplinary resources and processes which are important, but also the unusually wide cross-disciplinary coverage of my own formal training. In an attempt to shift from a restrictive dynamic of stereotyping and a universalising insistence of building knowledge on a certain existing knowledge, this paper illuminates research processes. It demonstrates how visual arts research can be theorised and performed in its production/revelation of meaningful (un)knowledge and argues that anxiety still expressed by some scientists and artists resistant to the thought of visual arts as research is, in itself, a result of ‘stable instability’, lines of research flight leading to an examination of the self, a transformation, a ‘renai(r)ssance’ that is reliable, valid and valuable. 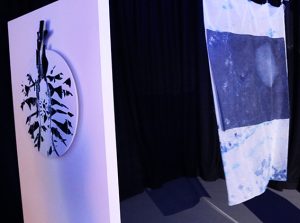 [2] Luce Irigaray, Between East and West: From Singularity to Community, (New York: Columbia University Press, 2002), 122. In her book Irigaray contests the desire to know everything, arguing that do so changes life into something complete, exterior to the self and therefore dead. Instead she notes a ‘state of grace’ can exist when we ‘bathe in an environment that is simultaneously perceptible and imperceptible, knowable and unknowable, visible and invisible to us’

[3] Positivism, in its Logical form, holds that society, like the physical world, operates according to general and therefore repeatable laws. Comte’s argument that subjectivity invalidates observation, judgement and prediction formed the basis of a now-long and divisive history amongst scientists, social scientists and artists.

[7] Erik Anderson, ibid. P1 argues that stereotyping across the fields of science, social science and the fine arts occurs ‘in the light of how hard and time consuming it is to be at the cutting edge in arts and science’.

[9] Maurice Merleau-Ponty explains the impossibility of complete reduction, stating that reflection is carried out in a transient world, an environment of ‘temporal flux’ in the Preface to Phenomenology of Perception, London: Routledge, p.xv, 2010.