[W]ALL is a slow (de)construction of literal and metaphoric walls and their remains in our lives. This installation and two performances investigate what it means to create ‘breathing space’, inspired by the writing of French author and filmmaker Georges Perec and a whole history of walls invoking anxiety, wonder and space. 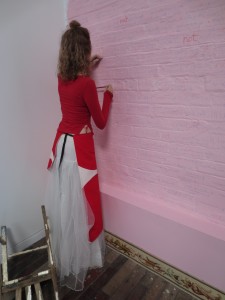 Breathing may be understood as a subversive act, a refusal to stop living, wondering and the anxiety that may accompany that. Referencing childhood memories of breaking rules to write on walls, of facing gendered walls and later, as a student, the direct experience of the Berlin Wall and then its fall, White’s solo performance revisits the gestures of subversion and the creation of breathing space. 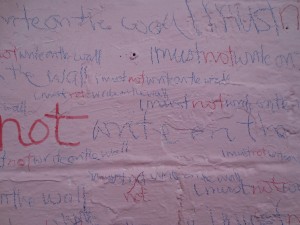 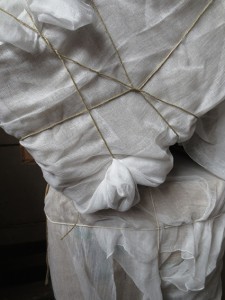 The saying it’s like talking to a brick wall suggests resistance, limitation and a waste of breath. What is a wall and what meaning does a void have in our lives? What if that resistance could be released? Might we be heard differently? By whom? Famously, Hamlet and Lear both understood ‘the walls have ears’ but perhaps it is in the removal of walls, that we best hear our selves. Inspired by Georges Perec’s note on Walls in his book ‘Species of Spaces and Other Pieces’, this performance deconstructs the concept of talking to a brick wall to investigate what might be heard as walls come down.

As part of her solo show [W]ALL Cecilia White is joined by others who bring their brick walls to be aired…. Through a call out the public was invited to participate as listener or story teller to sit and talk with the artist, undo the past and sound out the void, to create breathing space.

This work is part of a series developed during Cecilia White’s UNSW Art & Design residency at the Cite’ internationale des arts, Paris in 2014. 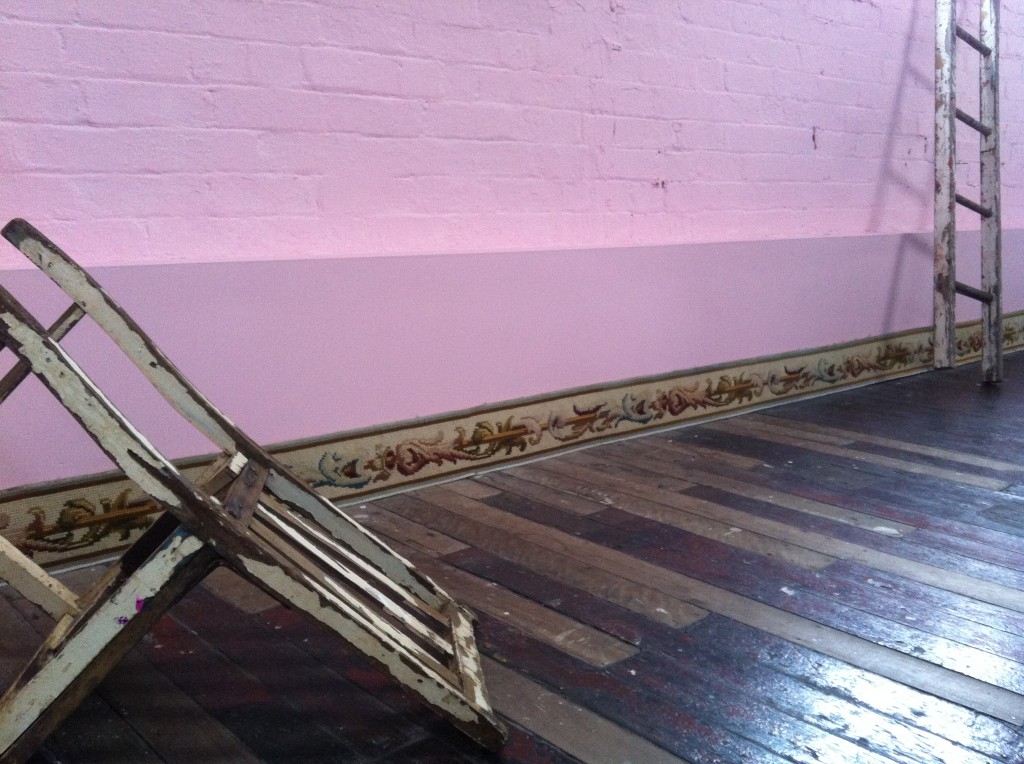