Cecilia White reflects ‘During a discussion about camouflage with Bonita Ely, I recall the men sleeping like loose cobblestones around the cathedral in Lilles, France. It is 2007 and their signs, hand written and ragged, tell me, even with my mediocre French, they have educations, seek work. I need no language to sense they are hidden from view. Under tents of towels and tarpaulin they heat thin soups and keep their faces low. They are there but not with themselves. They are all-over-grey, disappearing into bricks and mortar, roads and walls. In their silent plainness they seem to be fulfilling social admonition. In contrast, around the corner, the Eurostar pulls in each hour, teasing tourists with colourful shopping trips to fill dull November hours. How much more can fit into a home? What does it mean to be hidden? From what or whom? And what exposes us?

During this short ‘breathing space project’ Cecilia White explores the issues of dislocation of self, dissonance and paradox in an urban, commercial space – somewhere inside ourselves and accompanied by a repetition of classical and dislocated sound.

Her solo performance of the same name on the Opening Night in April 2012 in CoFAspace facilitated Cecilia White’s investigations into silence as a key sound. 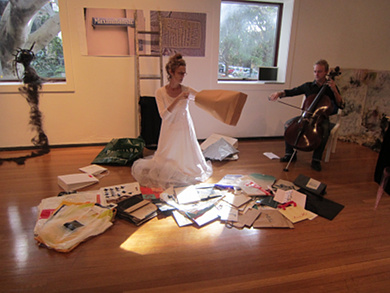 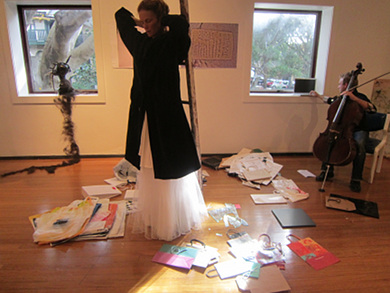 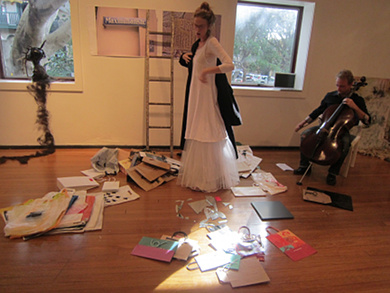