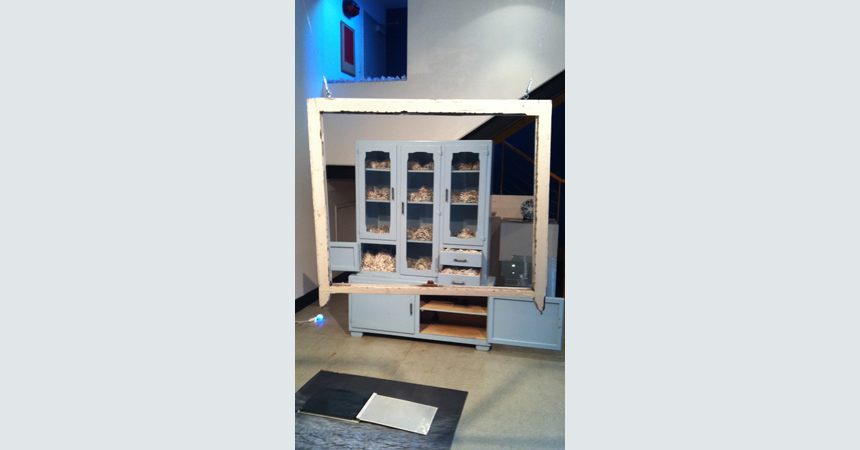 ‘Cataclysm’ originates from the Greek kataklysmos meaning ‘to wash down’.  In mythologies this washing took the form of floods, as retribution by the Gods, or baptisms in religious ceremonies symbolizing rebirth. Less literally, we have terms like flooded with information, brain washed and font of knowledge alluding to education, socialisation, people. Turbulence in its many mental, physical and spiritual variations inevitably causes significant transformation. Questions of fragmentation and/or alignment as a result, have been ruminated upon by many, including the Mayans and practitioners of the yogic traditions. In recent literature, Katsuo Ishiguro’s award winning novel, ‘The Remains of the Day’ (1989), reveals what Rushdie describes as ‘the turbulence below the understated’, where one man is ‘destroyed by the ideas upon which he has built his life’.  But ends may also be beginnings, as I explored in my endurance Summer Solstice performance, ‘At the end/beginning of the day’ on 21.12.2012 at Newcastle Art Gallery. 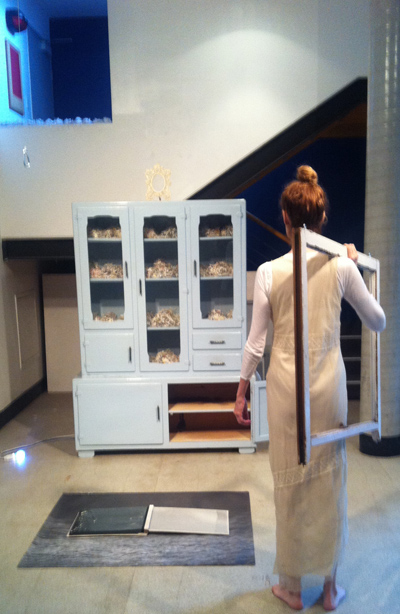 remains of the day_performance_cecilia white

A Summer solstice embodies a flood of experience, belief and nature. It begs the question about our life as a day captured as a flood-lit and shadowed image. How do we see and show ourselves? And then, what is our relationship with our beliefs, possessions and our sense of self when confronted with kataklysmos, that deluge of dissonance which lays bare the public and the private even if only to our self/selves. If we change – our physical, mental, spiritual space – what space do we then in/co/un/habit? Like the body remembering to breathe, what is remembered, released, revealed?  This performance and installation interrogates that moment in which we decide how we use memory and perspective to (re)negotiate a breathing space within other frameworks that may not have been affected.

Cecilia White’s post-cataclysmic performance and installation ‘remains of the day’ engages memory and perspective to explore having been and from now on. The term ‘remains of the day’ refers to both the remains of the Summer Solstice performance which will be installed (the shredded images, inherited cupboard, the emptied albums), and also, to what remains of the day, between here and nightfall, the becoming memory. Inspired by alteration, this performance enters the long day’s (dis)locations of mind and matter. It holds a mirror to our negotiation of existence and (re)actions in landscapes of ephemeral paradox, social mores and control. Like the breath, light is never the same, yet somehow it remains deeply familiar, like an old image in a frame, or floods in an Australian Summer. It is that sense of shift, alteration, temperature, (dis)repair, cataclysm, reverie. In each moment, what self we may be, we may not be again. And if we are flooded by our lives, what can be released to achieve ‘breathing space’? In release, what is revealed? This performance, with its installation and sound work, challenges how we remember/reveal/enspace ourselves using remains of (another) day within the body of the gallery during Sydney Art Month.