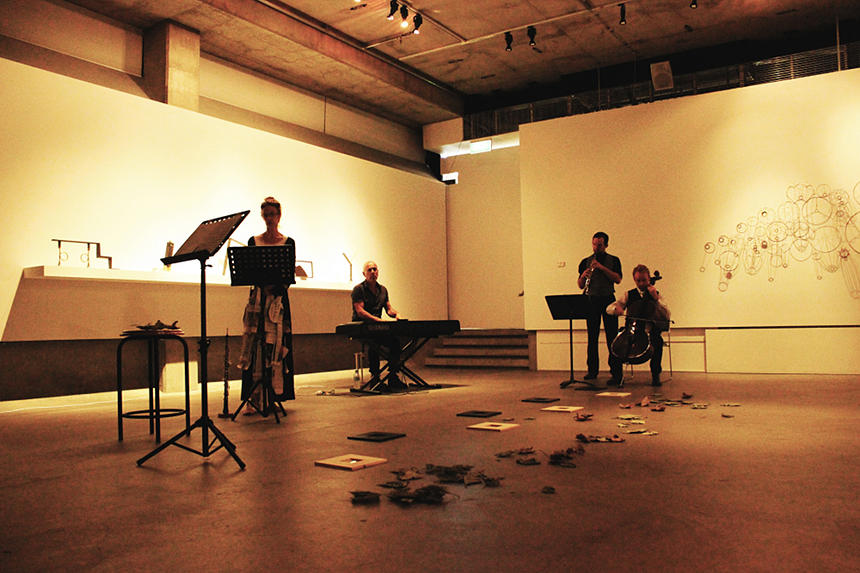 Presented at the Adelaide Fringe Festival in March 2011, Cecilia White’s work reflects on the paradox of identity development, asking what is identity when we are stripped of social roles. Are we fragmented? What, if anything, can we control in our lives? And what rules our lives? She says ‘I am reminded of a grainy, black and white film clacking away in the English room at school. King Lear, broken as breath and man, edges howling towards the cliffs. His words crack apart as if releasing one last gasp, airing his errors of judgement, his family (un)ties and lost kingdom shattering his mind. Breathing, with its associations with emotions, thoughts and meditative practice, reminds us of the power of dislocation, dissonance and transformation’.

For this performance Cecilia White invites three other artists on the journey as she interrogates the realm of the personal state, reflecting on the fragmented self and engaging the characters of King Lear and the Fool with contemporary issues of (re)location, language and becoming our own state (of mind). 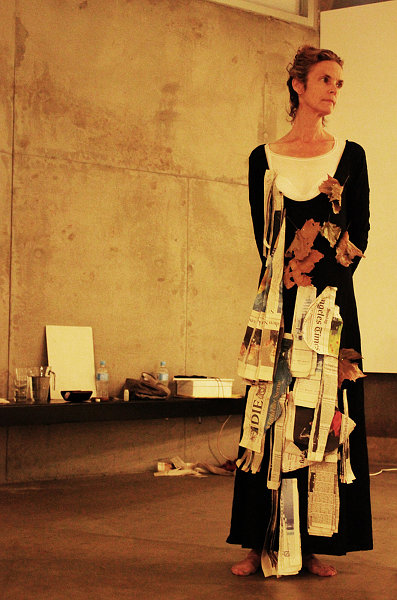 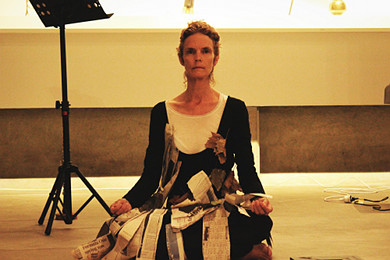 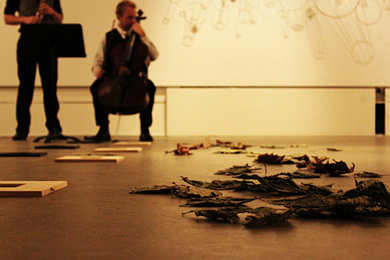