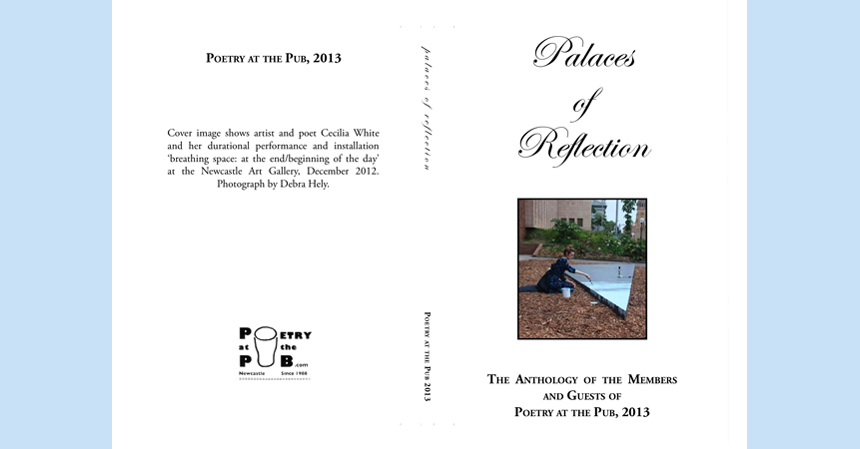 Palaces of Reflection, the 2013 anthology of poets from Newcastle and beyond, takes its title from Cecilia White’s poem before dawn. Cecilia was particularly moved when editor Karen Ractcliffe again contacted her to ask if the cover image could be from her durational performance breathing space: at the end(beginning) of the day (Newcastle Art Gallery on the summer solstice 2012) . These moments are rare, serendipitous and wonder-full.

The PATP anthologies have a long and fine tradition with the first edition published in 1988, embracing local, national and international poets over those years. Cecilia has been published each year since 2002, also contributing the introduction in 2010.

Karen Crofts, Director of the Hunter Writers’ Centre launched the 2013 Anthology of Newcastle Poetry at the Pub