Creativity may be regarded as a form of breathing – drawing together some sense of (un)space, (un)knowledge, (un)identity. During National Poetry Week 2011 Cecilia White created that location for reflection, giving rise to the potential for metamorphosis – a remarkable change. As in unison, eight notes in the form of eight invited artists gave breath to their work, building a ‘breathing space’ within breathing spaces of bodies, building and artworks for an attentive audience. In breathing we may contemplate disturbance, connection, release. But then? What tension below the surface? What voice rises? Where can we commune?
Six of Australia’s award winning poets surrounded by visual creative works, were responded to in sound with Britten’s interpretations of Ovid’s Metamorphoses. These communing (un)sounds rose to join in contemplative conversation within the space, the pause of (un)knowing, and the air. 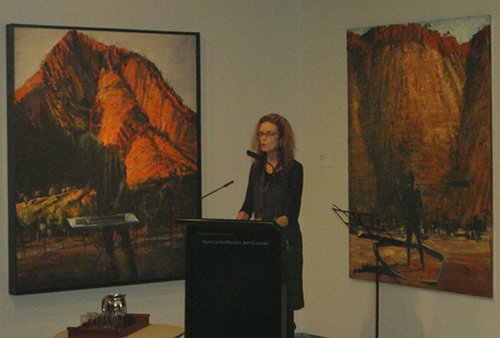 This event was supported by Newcastle Art Gallery, the University of Newcastle and Australian Poetry.